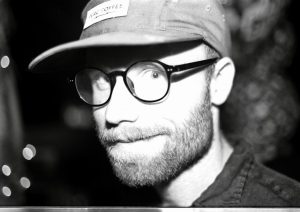 I am a PhD candidate, about to complete my degree in the Film and Visual Studies program at Harvard University. My work argues that “media” provides a conceptual means for considering how technical forms may reform ethical conceptions, through aesthetic experience. I am particularly concerned with how the world re-formed by media art –– including film and gallery installation — may foster the interpersonal environments needed for  crucial processes of ethical deliberation.

I love teaching. I  have been a Teaching Fellow for Harvard undergraduates in “The Art of Film,” “American Dreams Made In Hollywood,” and “Nazi Cinema: The Art of Propaganda,” as well as versions of these courses for Harvard Extension School. I also teach the courses “Why Do Movies Move Us? The Philosophy and Psychology of Filmgoing” and “Crisis Journalism: Writing Articles and Essays in a State of Emergency” and for the Harvard Pre-College Summer Program.

I curated the film series Caught in the Net: The Early Internet in the Paranoid Imagination for the Harvard Film Archive, in partnership with the Institute of Contemporary Art Boston. I am also on the editorial team for the experimental publication Between Lands.

I am the author of a memoir about media called Surface Tensions: Searching for Sacred Connection in a Media-Saturated World, and my non-academic writing often dips into a peculiar nexus that bonds creative nonfiction, film studies, media theory, philosophy, and theology. It has been featured on TIME.com and in the Los Angeles Review of Books, I live in Los Angeles, and I have previously lived in Cambridge MA, New York City, Prague, and Berlin.

I love a dog named Luna. She is very cute.