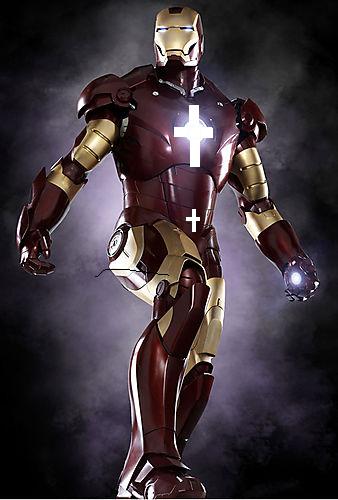 [Please note: This is morally motivated satirical fiction, through and through. Hence the fictional author, and so on. It deserves pretty hard PG-13 rating. You have been warned.]

Ok, guys. We all know how difficult it is to be a Godly man in the age when every single internet link leads to porn and every woman in your life just wants your toned abs and rockin bod. But the truth is that sexual purity was never easy… Heck, even Jesus had to scribble in the dirt to keep his eyes off of a curvilicious ho. So that’s why we all need to realize that there are just some ladies that you shouldn’t be hooking up with in the ever-so-tempting gas station bathrooms. With a little accountability and a lot of prayer, we can be intentionally pursuing the shiny, long hair; sharp, elegant nose; and white, gleaming skin of Jesus instead of what I believe the apostle Paul called the forbidden-fruit-eating-woman’s “Rump of Repulsion.” So here are some of Lucifer’s Luscious Ladies that we need to say “Hell no” to, in more ways than one. Avoiding the temptation may feel like squeezing your Johnson through the eye of the needle, but isn’t that the point?

And no, I’m not talking about the B-crack, although that may be out too. No, I’m talking about the little lady who is probably rapidly repeating Kelly Clarkson lyrics while combing her hair with your baseball bat in the trunk of your Volvo. You know who I’m talking about. She may say, “Oooh, that Valero sign makes me want to—Wait, where’d the eagle go? Where’s Tito?” but you STAY AWAY from that Valero, boy. The STD Doctor waiting for you is just the servant of the real doctor, Doctor Sin Consequence Man.

So it’s after worship practice and you’re still trying to master that A-D-A-C chord progression of this month’s really popular worship song. The cross-tattooed drummer with short hair asks if you want to check out a set her cousin is playing down at the Raging Lion. You’re really supposed to meet with your small group to bench press and talk about Chapter 2 of “Finding God in Braveheart,” but she seems chill and maybe secretly lesbian, so…. hot, right?

3. Bartender from The Rusty Buzzard

Yeah, so you’re a hotshot regular now. You don’t even need to show your slowly crumbling fake Arizona ID anymore. They KNOW you. You can drink a glass of whisky and only choke on the shit every third or forth sip. So you show up for the Cowboys game…. and let’s just say that they’re not the only Cowboys scoring one touchdown that night, am I right? ;)

Anyway, bad idea. It might be hot, it might be sweaty, it might rock your world, but it also might make the threat of Hell keep you up at night, putting you into cold sweats and keep you crying out for forgiveness endlessly in the dark to God who won’t answer.

You’re in tenth grade. Everybody’s having that “How Camp Rocked My World” meeting on the last night, acoustic worship music is being played, people are crying, and all she wants to do is have you come to her cabin and spoon her while she talks about her life and stuff. This girl doesn’t even want any action. She’s just an emotional wreck who doesn’t want to go home to her kindof meh upper-middle-class life after having her hair braided by pretty college girls for two weeks.

So when she sees you three years later, she’s gonna jump onto you like you’re her long lost puppy or something, all teary eyed and sentimental like you bought her a Bouqet on valentines day or something. This girl is just a hot mess. She might want to yank your wang, but she’s gonna get all attached and bleh about it. (Also, P.S., BP might spill their gas in the gulf or w/e, but she might help you learn that their restrooms are TIGHT. Not that this really matters, though. Don’t do anything in them. Period. Yeah, never.)

K, this grl seems CRAZY. Like, she spits fire in your face that you’re never seen. She’s like Grandma before the Vicodin kicks in. She keeps you on your toes, rolling her eyes, acting like she owns the place.

Well here’s the twist: she actually thinks she does own the place. Yeah, you heard me right. She thinks girls can call the shots, that chivalry is so old-school, that your Johnny Manziel wall-calendar emphasizes male domination as if that’s a bad thing. She makes up words like “male gaze” and “misojenny” and pretty much hates your guts. She doesn’t want to do it unless it’s on her terms, on her time. She acts as if girls don’t evenreally want the D! Puhleeeasssee.

Guys, this girl is trouble. This is not what the Bible is about, ever. No, no sir. Consider this verse from Romans (paraphrasing, don’t have a bible b/c my iPhone’s out of battery): “Let the man be in control and the woman be subservient to her husband. She has to keep stuff on her head in church because men are better.”

Stay away, bros, stay away.

Nuff said. We’ve all been there. 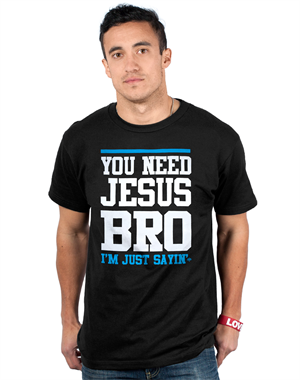 So man nuggets, let’s keep our eyes on the prize like the medal waiting at the end of the 800 meter dash. Some day we’re going to get married and have our wives do us like 200 times on the first night of the honeymoon and it’s going to be hot and awesome. Crazy positions up the wazoo, you know the drill.

But until then, we gotta keep focused on God and he said don’t do any of this stuff until we’re married. We gotta let Jesus give us boundaries and stuff because who knows when he’s coming back? When you hear that knock on the Citgo restroom door mid-smash, how do you really know that it’s the manager or a cop and not the Big Man Upstairs himself?

That’s enough to keep you up at night, guys. Be strong.