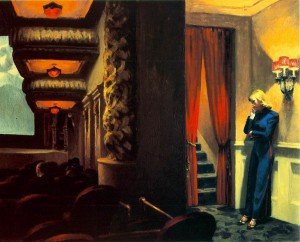 Throughout the past couple years, many of you have wondered what in the world I’m actually studying at NYU. This is a very good question, and not one easily answered. In the Gallatin School of Individualized Study I have flexibility to form my own major and over the past two years I’ve been developing my area of specific interest, my “concentration,” as it’s formally called.

Since I am almost halfway done with college (*cue profuse sweating*), I was required to write a short “Intellectual Autobiography and Plan For Concentration” that describes

how I acquired my interests and the future trajectory of my education. It’s a bit formal and stuffy, so if you don’t want to read it I totally understand. But I figured that some of you may find this helpful, and if it cuts down the amount of time I have to spend explaining my schooling to people by even a smudge, then that’s all the better in my book (not that I MIND talking about it… it just requires a fair amount of explanation. Frequently).

Feel free to ask questions. No question is too stupid. My responses might be stupid, though, especially related to my eventual career… but oh well. I’ll try.
So without further ado:

On My Expected Concentration: Cinematic Philosophy

g high school. Although I dreamt of going to film school since I was young, filming and editing footage in familiar patterns for months on end made me realize that working as a sole cog in the film industry wouldn’t be ultimately satisfying. I was (and am) enamored by broad conceptual investigations into the world of cinema, but apathetic toward the glut of technical minutiae that film school would inevitably require me to master. Call it teenage narcissism if you must, but I preferred to be the experimental captain venturing into unknown waters than the dutiful shipmate keeping the ship on course.

Fortunately, Gallatin prides itself in institutionalizing this sort of “narcissism”––or cross-disciplinal academic curiosity, as I’d prefer to call it­­––and my academic trajectory at NYU has been equally invigorating and diverse. However, my concentration initially sprung out of my First Year Interdisciplinary Seminar, “The Social Construction of Reality.” We began by reading Plato’s “Simile of the Cave,” an allegory that appeared shockingly comparable to a cinematic experience. [Side Note: If you don’t know what this is, here’s a great cartoon of Orson Welles reading it. It’s really worth a watch.] If we replace the fire in the cave with an electric light bulb, the shadowy figures cast on the wall with the projection of chemically developed film (or perhaps digital pixels, but let’s not go there), and the voices that prisoners (cinema watchers) hear with an electronic soundtrack, it seems like Plato was referring to a traditional movie theater.

To my delight, I found my intuition rearticulated a couple weeks later when I read an article for “American Cinema: Origin to 1960s” in which Maxim Gorky responded to his experience at the Lumiere Cinematograph by invoking Plato. He claimed that the images on the screen portrayed “not life but its shadow. It is not motion but its… spectre… It seems as if these people have died and their shadows have been condemned… unto eternity.”[1] Of course, the significant difference between cinematic experiences and Plato’s analogy is that, in Plato’s conception, the philosopher who escapes the cave “would congratulate himself on his good fortune and be very sorry for [the other prisoners],” whereas people continually return to the cave of the movie theater.[2]

This realization planted the seed that burgeoned into my expected concentration: “Cinematic Philosophy.” Since philosophy is dedicated to rationally investigating the fundamental nature of reality, it is hard to deny that cinema is an essential aspect of modern life. It is not a “shadow” that an educated philosopher must turn from, but a physical, aesthetic entity with its own ontological structure—one that unsettled Gorky and probably would have unsettled Plato as well. And just like the shadows in Plato’s cave, cinema typically lies at the curious juncture of simulation and reality, sensory experience and worldview articulation through narrative.

However, it is important that I avoid overgeneralization in this short essay for several reasons. First, most of the cinema studies classes I’ve taken tend to emphasize historicity more than theory, an exception being Gregory Zinman’s “American Cinema: 1960s to Present,” a class that investigated issues of representation, realism, formalism, and cinematic time. Secondly, I have only just begun my journey in actual philosophy classes, although I can already tell that aesthetics, phenomenology, cognition and metaphysics will greatly inform my concentration. Thirdly, it seems that the intersection of philosophy and film already has its fair share of problematic overgeneralizations. One prominent area is what David Bordwell (pejoratively?) refers to as “Grand Theory,” a number of politically galvanized theories from the 1970s that can “function like the sunglasses in John Carpenter’s They Live: equipped with some French or German proper names and fashionable buzzwords, graduate students are given the power to see through cultural objects for the concealed messages underneath.”[3]Richard Allen and Murray Smith also note that many philosophically informed theories from this time period, greatly influenced by the Continental tradition, tend to be dogmatic, uncritically pluralistic, and vague in their argumentation.[4]Therefore, while I intend to wade into Grand Theory, I want to skew my education toward the tradition of analytic philosophy and cognitive theory in order to aim for precise, approachable arguments and broad application.

I ultimately desire this sort of lucid precision because cinematic philosophy can no longer remain an esoteric interest among academics. From the recent documentary Side By Side(Kenneally, 2012), to speculative articles (“Are Animated Gifs a Type Of Cinema?”[5]), to Stephen’s Soderbergh’s recent public address that has taken the internet by storm (“Cinema is a specificity of vision… as unique as a signature or fingerprint,” he adamantly claimed[6]), the world is scrambling to determine what the substance of cinema actually is. Now that moving images are democratized and culturally ubiquitous, it is more important than ever to understand what cinema signifies––what it should be, shouldn’t be, and can’t be. Although philosophers never achieve unified agreement, I would be thrilled if I am able to grasp onto some nuanced ontological perspectives that avoid the trappings of naïve metanarratives or uncritical pluralism by the end of my study in Gallatin. As our world is saturated with moving images and cinematic representations that are continually gaining influence, ignoring their philosophical implications would leave us voluntarily chained to Plato’s cave, unwilling to truly examine the projected shadows of cinematic representation that dominate reality.